In 1982 Alejandro began working as a curator of photography. From 1985 through to 1996 he was director of the Photography Department at the Círculo de Bellas Artes (CBA) in Madrid, where he organised five editions of the Festival FOCO (1985-1989) and created the Minerva Photography Gallery, a space devoted to emerging photographers.

He was artistic director and co-founder of the International Photography Festival PHotoEspaña in Madrid from 1998 to 2000. At Lunwerg Publishers he was responsible for Contemporary Photography, publishing, among others, Mapas abiertos: fotografía latinoamericana 1991-2002 (Tour exhibition: Madrid, Barcelona, Brussels, Helsinki, Biarritz, Bratislava, Mexico DF, Monterrey, Guadalajara, Santiago de Chile and other cities). During 2005 and 2006 he was editor for C International Photo Magazine, Ivory Press (London) and curated the exhibition C on Cities at the Padiglione Italia in the 10th Venice Biennale of Architecture (2006). He has been a guest curator at Photoquai for Latin America (2007-2009), the Biennial organised by the Quai Branly Museum in Paris and the Seoul Photo Fair (Korea, 2010). He was also curator for the first three editions of the Getxophoto Festival in Bilbao and guest curator at Picha: The Second Biennale of Photography and Video Art (Lubumbashi, Democratic Republic of the Congo, 2010). In 2012 he was guest curator of the Singapore International Photography Festival and in 2013 he curated the exhibition and book Spain throughout Photography, 1839-2010 at the MAPFRE Foundation (Madrid). In 2014, he was the director of the Daegu Photo Biennale in Korea and the following year he was chief-curator with Wang Qingsong and François Hebel at the First Chang-Jiang International Photography & Video Biennale in Chongqing, China. He was also guest curator for the Guangzhou Image Triennial 2017 at the Guangdong Art Museum (China). In 2019, he was guest curator of the first edition of Imago Lisboa, Portugal.

As teacher, writer, and lecturer on photography, he has collaborated with several Masters in Europe and Latin America and has contributed to many photo magazines in Europe, Latin America and Asia. He participated as guest professor in the Joop Swart Masterclass 2010 at the Foundation World Press Photo in Amsterdam and he was Series Editor of the Biblioteca de Fotógrafos Latinoamericanos, PHotoBolsillo, La Fábrica Editorial, (Madrid, 2010-2012). In 2006 he was awarded the PHotoEspaña Prize Bartolomé Ros for the best professional track record in photography in Spain. From 2014-2016 he lived in Peru where he was director of Latin American Master of Photography and Visual Arts at the Centro de la Imagen in Lima. 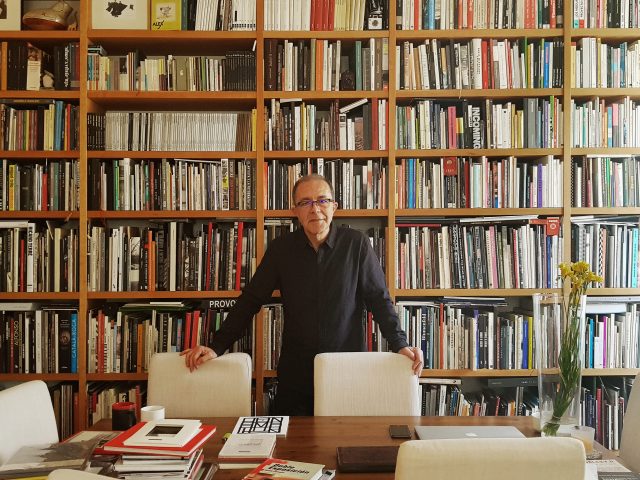 The 90’s by Alejandro Castellote