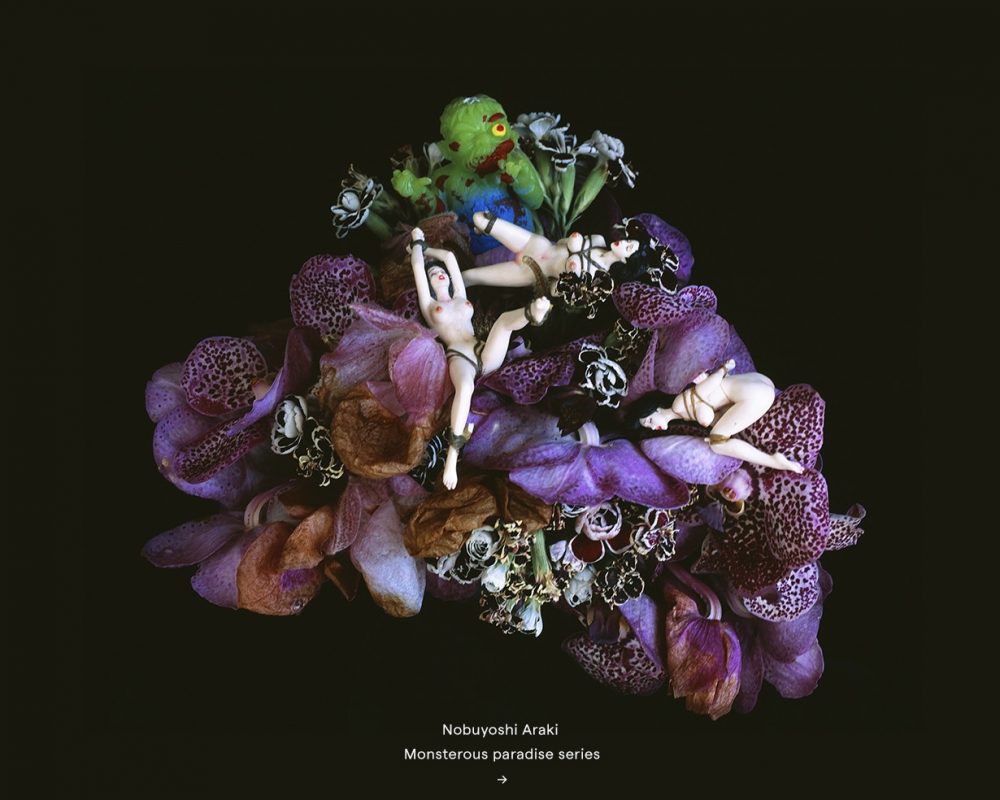 Photential in Collaboration with European Cultural Centre (ECC-Spain) and Ricardo de La Torre Studio presents upcoming Exhibition preview. The event will take place in Madrid, Spain from 30/11/22 to 14/12/22, featuring some images from the ‘Monstrous Paradise Series’ created for ECC by the Artist.

Nobuyoshi Araki builds a jungle, a playful wilderness beset with as much danger as seduction, as much pain as pleasure, as much death as life. His photographs tap into the sensual beauty of nature that is ever shadowed by the reality of death. Skin comes to resemble the surface of a leaf, lips the blossom of a flower – bright colours that suggest a kind of ecstasy that embodies itself through a joyful dance.

Nobuyoshi Araki, born in Tokyo on May 25, 1940, is a Japanese photographer and contemporary Artist. He is also known by the nickname Arākī (アラーキー).

More exhibitions
We use cookies on our website to give you the most relevant experience by remembering your preferences and repeat visits. By clicking “Accept All”, you consent to the use of ALL the cookies. However, you may visit "Cookie Settings" to provide a controlled consent.
Cookie SettingsAccept All
Manage consent