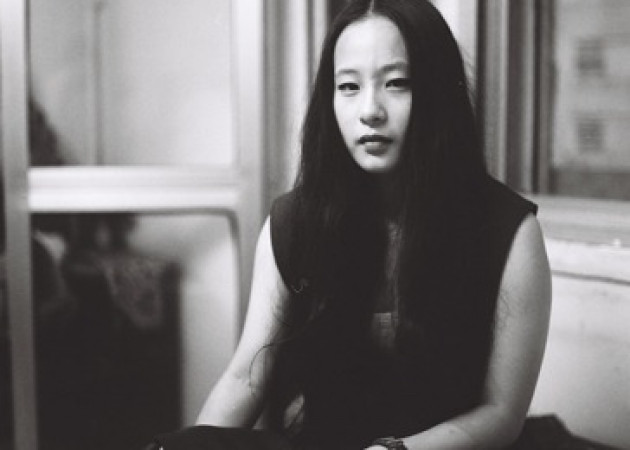 Born in Tibet in 1958, Mo YiYi is a professional football player turned artist. Widely recognised as one of the most important artists of Chinese Contemporary Photography that emerged from the 1980s, Mo captures the alienation and oppression of urban life in China, often with the artist intervening and appearing in the image. Mo has exhibited in many institutions and art festivals, including Museum für Fotografie (Berlin, Germany, 2017), Three Shadow Photography Art Centre (Beijing, China, 2010), and the seminal travelling exhibition Between Past and Future: New Photography and Video from China (International Centre of Photography, New York, USA, 2004-2006). Mo’ Yi yi work is included in the collections of the Chinese Image and Video Archive (Canada), Guangdong Museum of Art (China), Museum of Fine Arts, Houston (U.S.A), and the Walther Collection (USA).

“In China, the repression of the democratic movement was followed by a big silence. Some people left the country, some shut their mouth forever as for Mo Yi, he went back to his birth land, Tibet, for some years. When he came back to Tianjin in 1995, he realized that society had kept on following its capitalist path as if nothing had happened in 1989. He was shocked by the way people adapted to this void and felt like a lonely “specimen” in the middle of a heartless species. As a response, he produced a large number of self-portraits which mark his turn into performance art. Series such as “A prisoner”, “Ten thousand prisoners”, “Me in my scenery” “Diary: landscape with me in it” “Front and back”, “Landscapes mixed with red” are records or simulations of performances and produce strong visual and theatrical effect. We’re lightyears away from the narcissist spectacle which we call selfie today”.

Zhang Hai’er began his artistic career in 1978 as a student of stage design at the Shanghai Drama Institute. He then worked as an art director and set designer for the Guangdong Television Network before deciding to continue his education in photography at the Guangzhou Academy of Fine Arts. He has worked on assignment for Agence Vu in Paris, as photographer for News Weekly in Guangzhou 1995-2016, and was one of the first groups of photographers from China to be presented at les Rencontres d’Arles festival in 1988. Zhang has photographed numerous subjects throughout his career, most often in his native Guangzhou. His series Bad Girls (ca. 1980s–90s) features sexualized portraits of young women from his hometown and in Shanghai, staged in a glamorized or theatrical manner. Zhang currently splits his time between Guangzhou and Paris, where he works as a magazine photographer.

Liu Zheng’s influence on the contemporary Chinese art scene can be measured in his unbridled ambition for seeking the truth. Distrusting the apparatus of information in China; Liu in his photography attempts to challenge the tired revolutionary imagery of men and women at the precipice of a mountain, holding aloft copies of Mao’s red book whilst reaching for the stars. The reality that Liu reveals through his photographs is closer to the gutter. Images of beleaguered figures on street corners; devotees, deviants and the destitute are all from the underbelly of the state.

Liu Zheng, born in Wuqiang County, Hebei Province, China, in 1969, grew up in Datong, a mining town in Shanxi Province and currently lives and works in Beijing. For much of the 1990s Liu Zheng worked as a committed photojournalist for the Chinese Workers’ Daily. Exposed to every element of the Chinese social strata, such circumstances impressed upon Liu the resolve of the Chinese, who in spite of their candour for the camera remained anonymous to the outside world.

Historically Liu’s photographs can be likened to the visual integrity of American photographer Diane Arbus, who also employed black-and-white square format photographs in the late 1960s. Raw and unruly this was Arbus’ way of scrutinising the truth at a time when influences such as the ‘Beat Generation’ were introducing new narratives to American culture. There is a sense that Liu was seeking something of the absurdity and fatalism of Arbus’ works.

RongRong (Lu Zhirong, b. 1968, Zhang Zhou, Fujian Province) is one of the artists and documenters of the artistic movement of Dashanzhuang Village, later known as the Beijing East Village (1993-1994). He began to work with other artists of the Chinese avant-garde. He documented many performances and happenings by other artists such as Zhang Huan. His work as a documentary maker of the art movement of the 90s in China is fundamental. He has worked with his wife inri (b. 1973, Kanagaua District, Japan) since 2000. Together they founded the Three Shadows Photography Art Center, a space dedicated to photography in China. He lives and works in Beijing. He is related to Hong Lei, Zhang Huan, Qiu Zhijie, Liu Zheng, and Hong Hao.

HONG Lei (b. 1960, Jiangsu) is China’s original and most eminent conceptual photographer, and one of the leading artists in the era of China’s New Photography movement in the 1990s. Hong Lei was born in Changzhou, Jiangsu province, and graduated from Nanjing University of the Arts in 1987. In 1992, he went to the China Central Academy of Fine Arts to pursue advanced studies in printmaking, following which he returned to Changzhou and soon started to use photography as a way of art representation. Some of his renowned works include Autumn in the Forbidden City (1997), Chinese Landscape (1998), After Liang Kai’s (Song Dynasty) Masterpiece Sakyamuni Coming Out of Retirement (1998), I Dreamt that I was Hung Upside Down to Listen to Huizong Play the Zither with Chairman Mao (2004) and Nothing to Hide (2008), among others. In recent years, he has also explored the various boundaries and possibilities of photography by painting his own photos on silk, as well as video & installation works. His selected solo and group exhibitions include Recontres d’ Arles: Arles Photography Festival (Arles, France, 2003), Alors, La Chine?, Chinese Contemporary Art Exhibition (Pompidou Centre, Paris, 2003), Seasons (solo exhibition, Beijing, New York, 2008), 2011 Chengdu Biennale, and Perfume This is Not (solo exhibition, Shanghai Museum of Art, 2012). He currently lives and works in Changzhou and Shanghai.

More articles
We use cookies on our website to give you the most relevant experience by remembering your preferences and repeat visits. By clicking “Accept All”, you consent to the use of ALL the cookies. However, you may visit "Cookie Settings" to provide a controlled consent.
Cookie SettingsAccept All
Manage consent